New Routines on the Bridge in the Digital World

Like every sector of cargo and passenger shipping, “digitalization”—where computerized processes are replacing onboard routines previously handled manually— is an ongoing trend coastwise, on the waterways and harbors. Regulatory compliance, especially with Subchapter M for towing vessels, has also driven choices of onboard equipment with digital interfaces to software and online platforms for record-keeping and for generating inputs for forms and documents.

Improved performance has also shaped the capabilities of equipment in the wheelhouse and the view from the bridge. Remote monitoring of hard to access equipment aboard vessels, and for operations such as tank gauging on barges, has long been in practice. With COVID came a big push toward remote surveys and inspections. The direction now is beyond simple connectivity, toward digital platforms where data from multiple onboard devices is combined (sometimes with external sources), which leads to real time monitoring and enhanced and “optimized” performance.

Newbuild tugs have a diverse complement of equipment in the wheelhouse. Vane Brothers, the large towboat operator barging oil products as well as bunker fuel, has recently completed four Salisbury Class 3,000 horsepower pusher tugs; the last vessel in the series, Charles Hughes, was delivered from builder Chesapeake Shipbuilding, in January, 2022.

The specifications for the newest tug reveal the complement of equipment, sourced from multiple manufacturers. Radar, AIS and Autopilot units are sourced from Simrad, with additional electronics from Furuno, Icom and others. Captain Jim Demske, Vane’s Port Captain, told Marine News, “The new electronics we have used in the four Salisbury Class push tugs delivered since 2019 were selected based on the newest Subchapter M guidelines. Nearly everything is redundant or on battery backup systems, including NAV/COMM radios, radars and lighting. Dual navigation PCs were installed as well.” 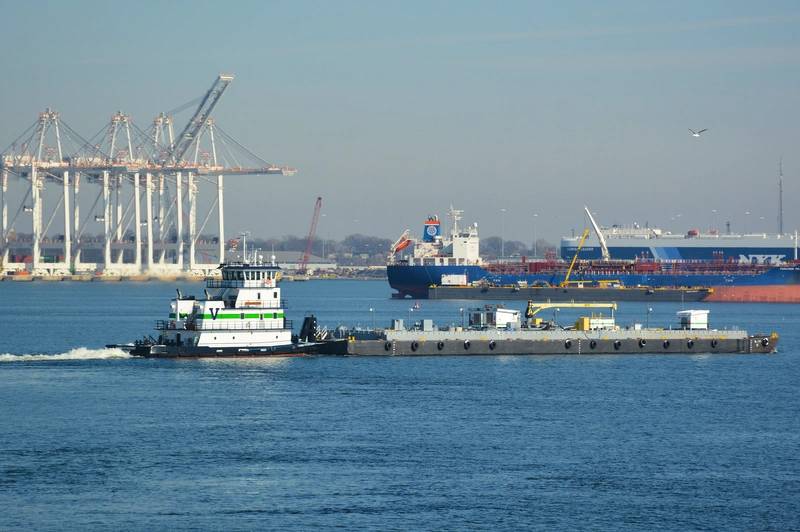 “The new electronics we have used in the four Salisbury Class push tugs delivered since 2019 were selected based on the newest Subchapter M guidelines. Nearly everything is redundant or on battery backup systems, including NAV/COMM radios, radars and lighting. Dual navigation PCs were installed as well.” - Captain Jim Demske, Vane Brothers’ Port Captain (Photo: Vane Brothers)

Subchapter M is also a driver of equipment replacements. Vane’s Captain Demske, who has overseen the construction of 48 tugs during his career, added, “Not only were the new push tugs built to Subchapter M standards, Vane is equipping all of the tugs in the fleet with Sub-M-compliant navigation equipment.”

Electronic charts have largely replaced paper, but, in this age of connectivity and compliance, the third “C”- “charting”, is about far more than simply viewing a map on a screen (though that’s an integral capability, of course). Consider the widely-used Rose Point ECS4 from Rose Point Navigation Systems. As described, it offers new voyage planning tools to the inland sector (with its “Inland” add-on), which can streamline the work steps of Subchapter M navigation assessments, with automated creation of routes (with locks and bridges detailed). It also updates AIS voyage data fields. The Rose Point package also links to a web-based portal, enabling towboat operators to monitor their fleet status remotely. A module running on a Windows-based computer allows electronic chart display on a screen from Hatteland Display AS. Rose Point says that this enables boat operators to “meet the requirements of the Coast Guard NVIC 01-16 for paperless charting transits.”

American Bureau of Shipping (ABS) has been at the forefront of shipping’s moves to all manner of connectivity with its My Digital Fleet product, launched in late 2020 and gaining traction in the deepsea sector. This new offering builds on ABS’s Nautical Systems set of onboard applications, which are well-known on the rivers and around the harbor setting. Nautical Systems, an integral part of ABS since the 1990s, focuses on performance management for individual vessels and fleets. Its NS WORKBOAT software, offered through a mobile application, supports operations aboard vessels, as well as in landside offices. Importantly, the NS WORKBOAT, delivered on tablets or mobile phones, supports compliance with Subchapter M, whether inspections are done by the U.S. Coast Guard, or through a third-party inspector. Users of the NS WORKBOAT application include Great Lakes Dredge & Dock, Genesis Marine and Crosby Tugs. Other inspection programs, including OVID and SIRE, are also supported. 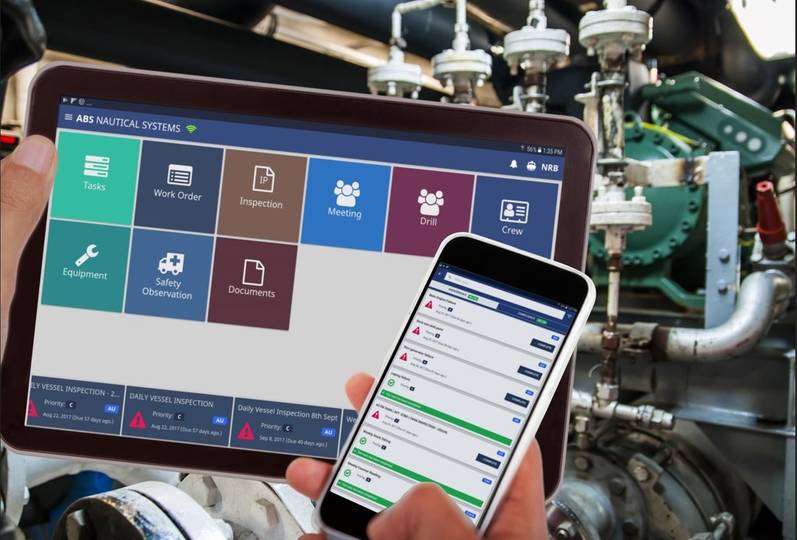 The digital trend is now moving beyond streamlining onboard hookups, into remote operations aboard vessels. As an example, maritime technology innovator Sea Machines, has now introduced SM 200, offering control of towing vessels and harbor vessels from outside their wheelhouses. The Boston-based vendor said, “No longer bound to a fixed control station, vessel operators using the SM200 have propulsion and steering control in their hands, as well as remote control of auxiliaries and payload equipment.” The SM200, which its vendor said “frees pilots from the wheelhouse”, has been approved by the ABS and the U.S. Coast Guard (USCG) for use in certain tugs (in Articulated Tug Barges) in early 2020.

With every solution comes potential challenges. Operational efficiencies come with new tools, but so do cyber-vulnerabilities; regulators, service providers and trade groups have stepped up efforts to protect against design weaknesses and, in the worst case, actual malicious actions. The USCG, which launched its Cyber Command in 2013, and in 2015 established cyberspace as an operational domain, continues to keep pace with technological advancements. The Coast Guard issued a Navigation and Vessel Inspection Circular (NVIC 1-20) in early 2020 concerning cyber risks at facilities which handle vessels. A year afterward, it issued a guidance memo on “cyber-hygiene” (aimed, however, at international vessels). In late 2021, the USCG issued its “Vision to Protect and Operate in Cyberspace”, with a key objective being the protection of the United States’ Marine Transportation System (MTS), of which U.S. waterways and ports are an integral part. ABS Consulting, part of the class society, established a cybersecurity service in Spring, 2021 and began partnering with multiple service providers and vendors in its effort to offer a suite of managed services “to deliver effective support to a wide range of industry sectors, including power plants, wind farms, oil rigs, platforms to ships, pipelines and industrial manufacturing.” In March, 2022, almost a year after the infamous Colonial Pipeline cyber-attack, ABS Consulting issued a warning that said, in part, that “ransomware groups are targeting industrial control systems using increasingly sophisticated attacks.”

Vessel operators can look to the American Waterways Organization (AWO), a trade organization representing the inland waterways sector), which -in a partnership with the USCG issued its “Cyber Risk Management Best Practices for the Towing Industry”, in 2018, as the industry was in the earlier days of its Subchapter M voyage. As the path toward full compliance moves into its final leg, service provider Global Data Systems (GDS), noted that, “The Coast Guard mandate for improved safety is driving many tugboat and towboat operators to start maintaining electronic records. This enables them to eliminate the old paper logbooks and tickets, and better communicate and coordinate with their shoreside operations.” In a late 2021 blog entry describing its offerings for the inland sector, GDS said, “Plug-and-play network connectivity solutions include layered security features that help ensure Internet protection, secure remote access, virus protection, email security and more. We also offer around-the-clock monitoring and support to ensure continuity of operations.” 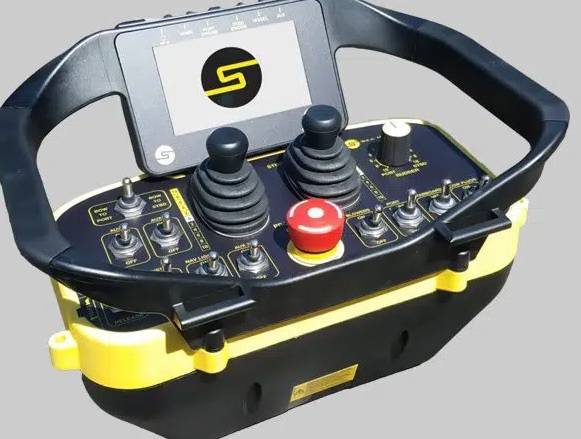